The most unbelievable thing happened to me last week.

A friend of mine has been looking for a sewing machine for her daughter. Well there is  a surplus store at the University where I work and they had some Elna Club 500's. Every time I asked about buying one they had a reason they weren't selling them yet. Well they had a auction on Thursday. I had to be at a demo all day and couldn't go to the auction so I went in early and asked if I could place a bid on 1 sewing machine. They let me and I went to my demo. When I got back to the office late that afternoon there was a message on my answering machine that I had won the bid and to come by 3:00 to pay and pick up. This was at 4:30 and I thought rats, they won't sell it to me because I didn't get back to them. So I called and they said I could come in the next day after 10:00 and pay and pick up.... Oh and by the way you won all four, (four mind you) machines. All I could think was "are you kidding me". But no got all for the price I was willing to pay for one. My friend took 2 and  2 of my girls are going to take the other 2. Wow what a deal. I am still in shock. 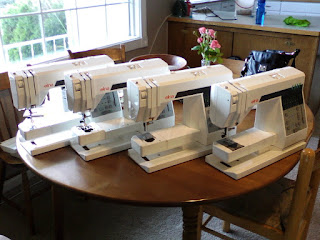 On another note. I have been so distracted with moving (what other excuse do I have besides being lazzzzzzzzzy) that I have fabric that I haven't even added to the store but I did get some put on there the other day.  Talk about late and beyond, Wrens Friends I have had since December. 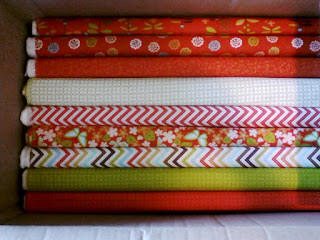 I have a thing for Barns especially the old ones.
Can you picture these with a quilt block painted on them? I can. I included a pic of a church at the end. 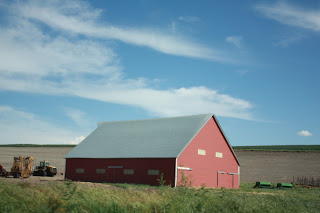 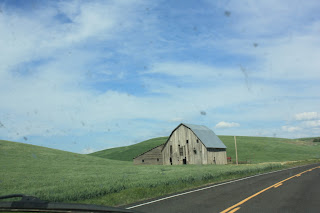 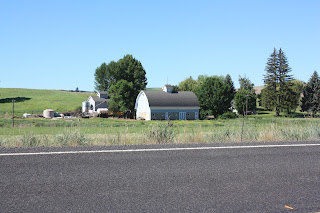 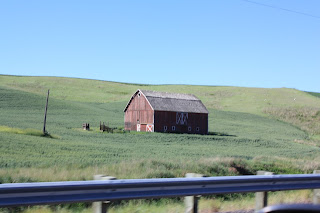 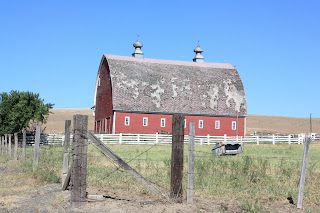 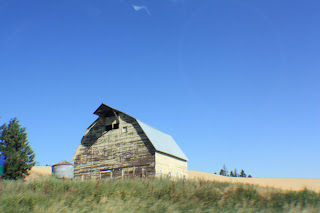 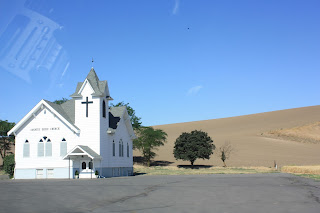